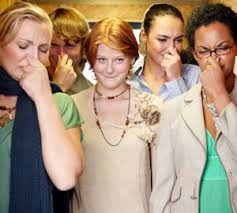 This evening, I took an breath-taking shower after the gym.  I laid in bed with only a towel and absorbed the good smells that were emitting out of my pores and I was in such solace. This started a topic in my mind: Why do some people not value hygiene as much as I do?

Now I know there are some folks who can not control their chronic body odor problems. Such as individuals with Bromhidrosis, also known as bromidrosis or body odor, is a common phenomenon in postpubertal individuals. In rare cases, bromhidrosis may become pathologic if it is particularly overpowering or if the bromhidrosis significantly interferes with the lives of the affected individuals. Bromhidrosis is a chronic condition in which excessive odor, usually an unpleasant one, emanates from the skin. Bromhidrosis, determined largely by apocrine gland secretion, can substantially impair a person’s quality of life.

I will eliminate these folks. That is no laughing matter and must be beyond frustrating. But, I’m talking about those folks who just choose to wake up and leave the house without showering and thinks it’s fair that you affect my nostrils sanity with your foul ass pits. It’s selfish!!! 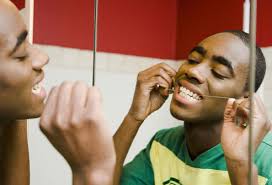 It isn’t that hard to wash, realize that if you smell yourself then others do too. Just be fair. . .

Have you every had a partner who always thought that they were putting it on you but instead they were just laying on you. . . and these guys tend to be the ones with most sexual confidence!

“yeah baby, you had a orgasam right, I felt that”

“Are you sure, cause you were shaking”

“yeah, im sure, I was squirming for you to get off of me”

“ahh man, that’s weird, I mean I  always give you orgasms”

Men I think yall need a lil 101 on the female sexual organ ( and if you say “nah I got this”then you really need to read) so here we gooooo. . .

An orgasm isn’t that different from an electrical capacitor, building up arousal until a firing threshold is reached. Stop and she’ll return to her baseline — and you’ll start from scratch. Here’s how to create sparks every time.

Sexual triggers, ( Kissing, Dancing, Money, Birkens, New Mercedes CL 550’s) unleash a cascade of physiological responses that begin to prepare her body for sex. Her body starts to lubricate the vaginal canal and inner labia. The brain orders the release of the chemical vasoactive intestinal peptide, which increases bloodflow to the pelvic area, swelling the inner and outer labia and causing her to feel sexual tension.

The parts of her brain that process fear and anxiety start to relax, and the uterus tips upward, making the vagina longer. (The process is called “tenting.”) The clitoris swells, as does the spongy tissue around the urethra, which is why some women feel as if they have to pee when aroused. Indirect touching of the clitoris will make her crave direct stimulation, adding fuel to her sexual-feedback loop. ( you can start oral at this point)

As her heart rate and breathing speed up, pumping more blood to her extremities, the color of the labia deepens, and her clitoris — ultrasensitive at this point — extends, fully engorged, awaiting contact with your penis. Slow, steady stimulation that builds rhythmically will help coax her body toward the threshold to climax. The more anticipation she feels, the better she’ll respond. HINCE SLOWLY ( we dont need jack rabbits at this point)

The conscious part of her brain, drowning in neuro-transmitters, enters a trancelike state. Just prior to orgasm, the subconscious part — which also handles things like breathing and heartbeat — signals a vaginal nerve to start muscular contractions. You may feel the outer third of her vagina “grabbing” at your penis, but her arousal may fade and she will still revert to stage 1 if stimulation ceases or changes. ( So if you fuck up, start at oral again)

The orgasmic stage: with rhythmic or sporadic contractions in the vagina, uterus, and anus — typically lasts 10 to 60 seconds. At this point, some women prefer more intense stimulation that matches their orgasmic response. The chemical oxytocin is released in the brain, promoting a feeling of closeness, according to some research — which could explain why she wants to cuddle after sex.

Unlike men, some women can have multiple orgasms without experiencing a refractory period after each one. Without stimulation, however, they will return to a base-line level of arousal. Contractions stop, the uterus lowers, and the clitoris goes back in its shell. Heart rate and breathing slow, and bloodflow returns to normal. The clitoris will probably be too sensitive for direct stimulation, but other parts of her body will be yearning for attention.

MORE TO COME FROM THIS TOPIC